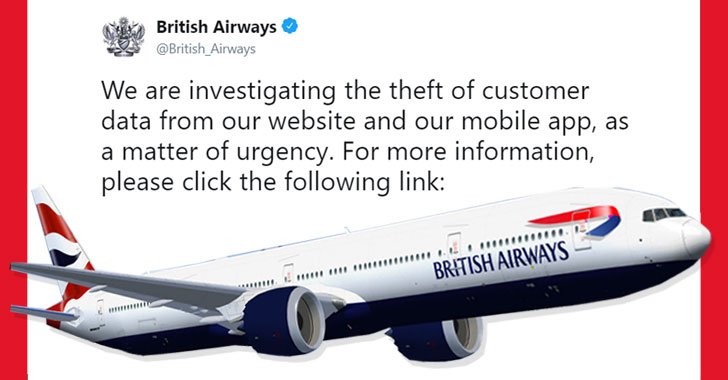 It’s been highly publicized during the past 2 weeks that British Airways spilled out the payment info on 380,000 customers to hackers, with CVV2 codes, via their web and mobile apps.

As most companies disclosing a breach, they called it a “very sophisticated” hack, and surely not a result of poor software development practices.

Unsurprisingly, the “very sophisticated” hack was Cross Site Scripting (XSS). From a myriad of ways software can be hacked, it’s number 7 out of top 10 most easy and simple to exploit vulnerabilities, even for middle schoolers. Calling this type of attack “very sophisticated” is a gross misrepresentation, and as a general approach causes giggles among cyber-security pros.

Well, if we use LinkedIn to fact check and sift through BA’s work force today, it’ll show around 22,000 employees, of them 200+ having in titles words “software”, “developer”, “application”, and “programmer”.

You would expect BA to also employ software security engineers that work hand in hand with such large software engineering team – to protect your personal and financial data, you know. But you’d be wrong.

While on the subject, with 6 billion USD of Equifax’s market capitalization wiped out in the week following data breach announcement in September 2017, Equifax received a wake up call on software security. They had just one appsec engineer before the breach, but they’ve additionally hired 4 more, which is a positive change. Let’s hope they can steer and oversee software security processes, as even great engineers can’t do much good without skilled management.

Is BA totally clueless about cyber-security?

Not totally, but their focus isn’t where it should be. And the same can be claimed about the absolute most of software companies.

This may impress general public, but not experts as none of these tools can properly defend software targeted attacks. No tool can, really, unless you design, engineer, and manually test software’s security during development – and not do penetration tests as an afterthought.

What does BA’s security team do today?

In addition, 10 people perform compliance duties – as no company wants to be fined, and they surely are compliant with the relevant cyber-security regulations – which did not protect the business against a software security attack.

Is BA’s hack a perfect “case in point” for application security?

BA did compliance, bought expensive security tools, scanned the networks, and even runs a SOC – as most larger companies these days. And all these good practices did not save BA from the PR nightmare and financial hit they’re experiencing as software security got ignored.

Compliance requires no advertising, and businesses shell out cash left and right on it. Additionally, many companies sell security tools for network security, SIEM, encryption, identity management, scanning, etc., and they have deep pockets to market and raise awareness about the cyber-security domains that their tools address.

On the other hand, almost no automated tools are of much help to software security – except for ticking a box on a compliance – meaning, fewer marketing funds are spent on promoting awareness about software security.

Which is unfortunate since most interactions with remote computer systems happen via web browsers or mobile applications, whose security falls into “software security” domain – the one most companies try to sweep under the rug.

What should BA have done?

This means having security reviews at all stages of development, starting all the way from requirements gathering. Security experts need to look at architecture, code, introduce software security automation processes that really work, and to methodically test all software changes before putting anything into production.

How expensive would it be for BA to protect its customer data?

In SoftSeq, we use this rule of thumb – it takes 1 software security engineer per 20 to 40 programmers – depending on how agile the development process is.